Our thoughts are with all Americans braving Hurricane Michael. Please stay safe and take care of each other.
In Celebration of National Coming Out Day

Democrats stand with the LGBTQ community in the fight for dignity and equality for all people, no matter who they love or how they identify. This November, more openly LGBTQ candidates than ever before will represent our party at the ballot box. And we’re working around the clock to make sure they get elected up and down the ballot. Check out our #NationalComingOutDay video, and make sure to read Earl Fowlkes piece in the Washington Blade this week. 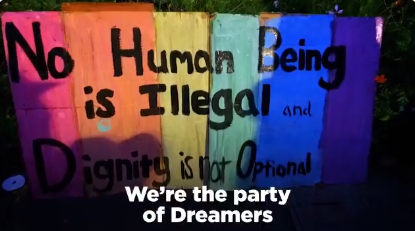 In election after election, American workers are forced to choose between their paycheck and their vote. This is simply unacceptable in the world’s greatest democracy. I teamed up with Rep. Matt Cartwright to highlight to importance of paid voting leave for American workers. Check out the full piece here.

Our democracy works best when more people participate, not fewer. Let’s make sure everyone can make their voice heard on Election Day.

The Trump Administration Continues Turning Back the Clock on Civil Rights

This week, the Senate confirmed Eric Dreiband as the new head of the Justice Department’s Civil Rights Division. When I led the that division under President Obama, we made it our mission to protect the rights of all Americans – from prosecuting hate crimes and workplace discrimination to fighting voter suppression and holding police departments accountable.

Eric Dreiband’s career is anathema to that mission. Not only does he lack the experience necessary to lead such an important division, he has also fought aggressively against critical civil rights legislation. He testified against bills designed to protect women and older Americans from discrimination in the workplace, and he has spent years attacking fair employment practices that help individuals with criminal records rebuild their lives and contribute to society.

Enough is enough. It’s time to stop Donald Trump and Republicans from abusing the powers of the federal government to protect powerful interests at the expense of the vulnerable. Let’s make our voices heard on Election Day.

The world’s foremost experts on climate change have released a report stating that global warming will approach dire levels by as soon as 2040. These scientists are urging policymakers to take bold action to mitigate impending damage caused by climate change. It’s long past time for Republicans to stop pretending climate change is a hoax.

We shouldn’t have to wait until Mar-a-Lago is underwater for President Trump to care about the consequences of climate change. We must act boldly and decisively today to protect our economy, our country, and our planet. This is one storm we cannot wait out.

Getting Out The Vote in Wisconsin 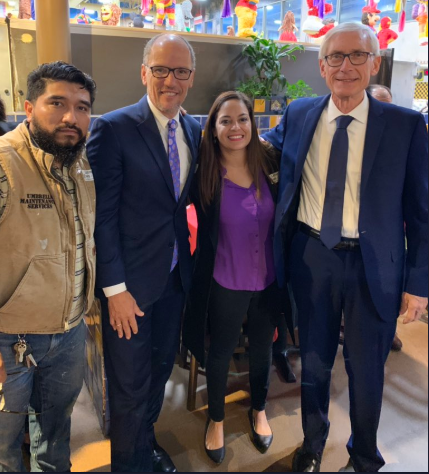 I had a blast helping to get out the vote in Wisconsin! We’ve made unprecedented investments this cycle because these elections are about unlocking opportunity in every ZIP code with leaders like Tony Evers, Mandela Barnes, and Tammy Baldwin, who will fight for our values.

Have a great weekend, and see you out on the trail!