Last weekend in Chicago, we passed the strongest reforms to our presidential nominating process in decades. These reforms will grow our party, increase transparency, and restore trust among voters. By expanding primaries, making caucuses more accessible, encouraging same-day registration and same-day party switching, and reducing the influence of superdelegates, we are putting Democrats in the best position to win elections in November, in 2020, and beyond. 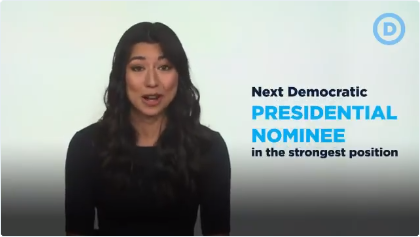 We made history last weekend, and I want to thank all of you for your work – not just those who supported the reforms we passed, but everyone who made their voices heard. I told you that our party is a family, and while families don’t always agree on everything, they still unite around their shared values. That’s what we did in Chicago, and I’m confident we will see Democrats win up and down the ballot for years to come.
Making History Across the Country
The enthusiasm for Democrats was palpable in this week’s primaries in Florida and Arizona. And we can make history this November by electing three African-American governors in Georgia, Florida, and Maryland. Let’s make sure these terrific candidates win on Election Day!

Stacey Abrams could become the first Black woman in history to be elected governor in the United States. Georgia families know she’s the only person at the top of the ticket who will fight for them.

Andrew Gillum is poised to become the first Black governor of Florida. While his opponent has already resorted to racist dog-whistles, Mayor Gillum is spending his time talking about the issues that matter to Florida families. 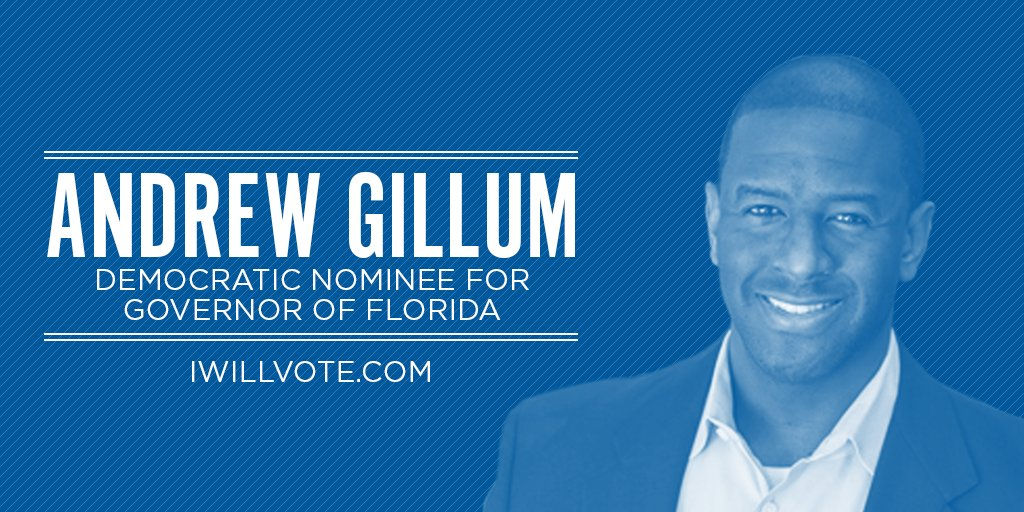 Ben Jealous could become the first Black governor of Maryland. Unlike Larry Hogan, Ben has the courage and experience to fund education, expand access to quality health care, and create any economy that works for every Maryland family. 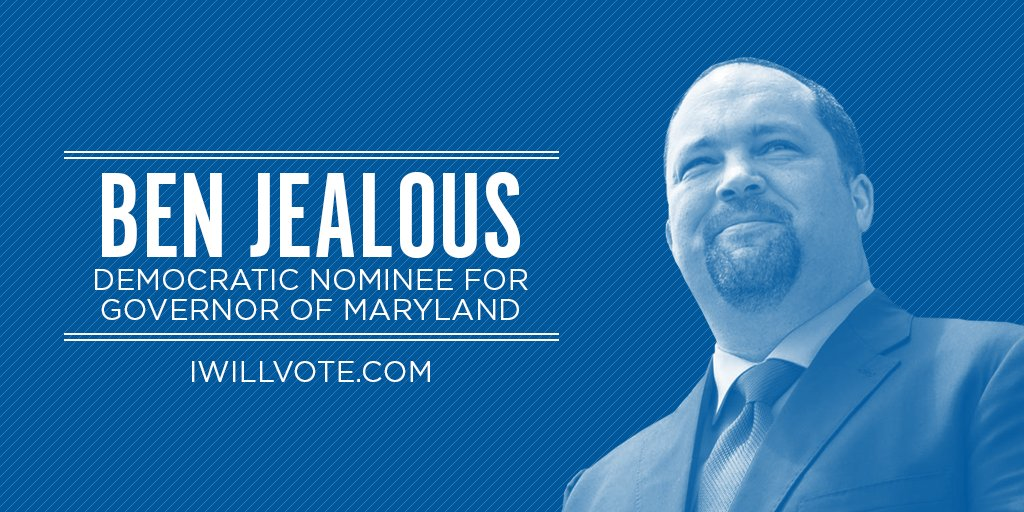 It’s an exciting time to be a Democrat. We have the wind at our backs. Now we need everyone to commit to vote for Democrats up and down the ballot. Our momentum will carry us into the midterm election.

After we left Chicago, I joined DNC Secretary Jason Rae and a terrific slate of candidates to register voters at University of Wisconsin – Madison. Our visit was part of our New Blue Crew initiative, which is mobilizing young voters on their campuses by recruiting and training leaders to conduct voter registration and commit to vote efforts. This past weekend, America lost a hero. John McCain devoted his life to serving his country, and the U.S. Senate will not be the same without him.

It was his profound sense of moral duty, not partisan politics, that guided his decisions as a legislator and a leader. As Senator McCain said, ‘Americans never quit. We never surrender. We never hide from history. We make history.’ Whether it was fighting alongside his fellow servicemembers in Vietnam or standing up for his values on the Senate floor, John McCain never quit. He never surrendered or hid from history. He made history, and our nation will be forever grateful for his service. 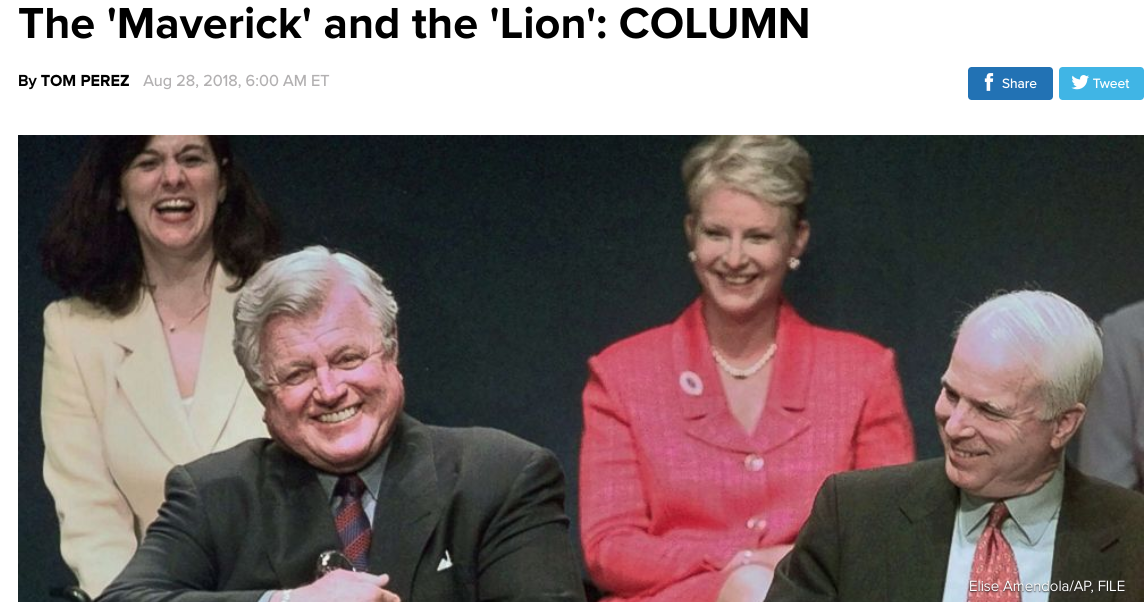 I wrote about my admiration for Senator McCain’s character and his special friendship with my own mentor Ted Kennedy, who passed away nine years before McCain, on the same day of the same disease. You can read my piece, “The Maverick and the Lion,”  here.

The American labor movement transformed our nation and made our economy the envy of the world. From the 40-hour workweek and overtime pay to workplace safety and the fight for equal pay, workers have organized for the better wages, benefits, and conditions they deserve.

But today, that progress is under assault. Instead of celebrating workers and building an economy that works for everyone, the Trump administration and Republicans continue to attack unions while rewarding their wealthy allies at the top. Donald Trump has signed executive orders to weaken federal unions, appointed Neil Gorsuch to the Supreme Court to strip rights away from workers and organized labor through the Janus decision, and proposed reorganizing the federal government in a way that would dismantle the Department of Labor.

As Trump and Republicans in Congress escalate their attacks on American workers, Democrats will continue fighting to expand opportunities for the middle class and build an economy that works for everyone.

I wish you a happy and restful Labor Day weekend, and I look forward to fighting by your side for workers and a brighter future for all Americans.