We kicked off this week with the public launch of our “Seat at the Table” Tour, a joint Democratic initiative from the DNC, the Congressional Black Caucus PAC, and Black women mayors. We know that Black women are the backbone of the Democratic Party. And through this tour, we’ll be working to rebuild relationships, restore trust, and organize in Black communities across the country. You can read more about our launch and the incredible work of our Director of African-American Outreach, Waikinya Clanton, in Refinery 29. 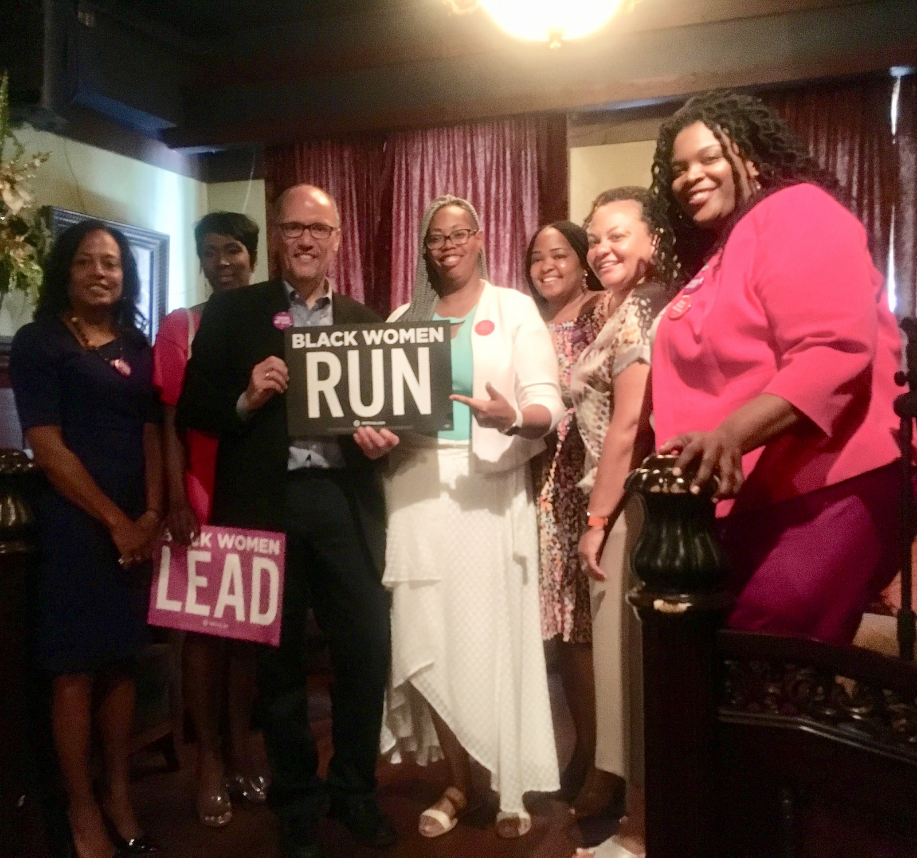 As part of the tour, Vice Chair Karen Carter Peterson and I had the opportunity to hold a roundtable discussion this week with Black women at Essence Fest in New Orleans. This dialogue has never been more important. We are committed to investing in and organizing in Black communities year-round — that means making sure we’re running Black candidates for office, investing in Black communities, and lifting up Black voices in everything that we do as a party. And it means making sure that we don’t take any state or any ZIP code off the table.

Donald Trump made a campaign promise to “drain the swamp.” Instead, he brought in people like Scott Pruitt—one of the most corrupt Cabinet members in modern American history. For more than a year, Pruitt abused his power and shamelessly wasted taxpayer dollars, and Trump stood by him in scandal after scandal.

The one thing Scott Pruitt didn’t do with taxpayer funds was his job. Instead of protecting our environment, he protected polluters and put our children’s health and economic future at risk—and Trump’s new acting administrator, former coal lobbyist Andrew Wheeler, is set to follow in his footsteps. The American people are watching, and they will hold this administration accountable for its corruption.

DNC staff was out in full force last weekend registering voters and marching at the #FamiliesBelongTogether rally. 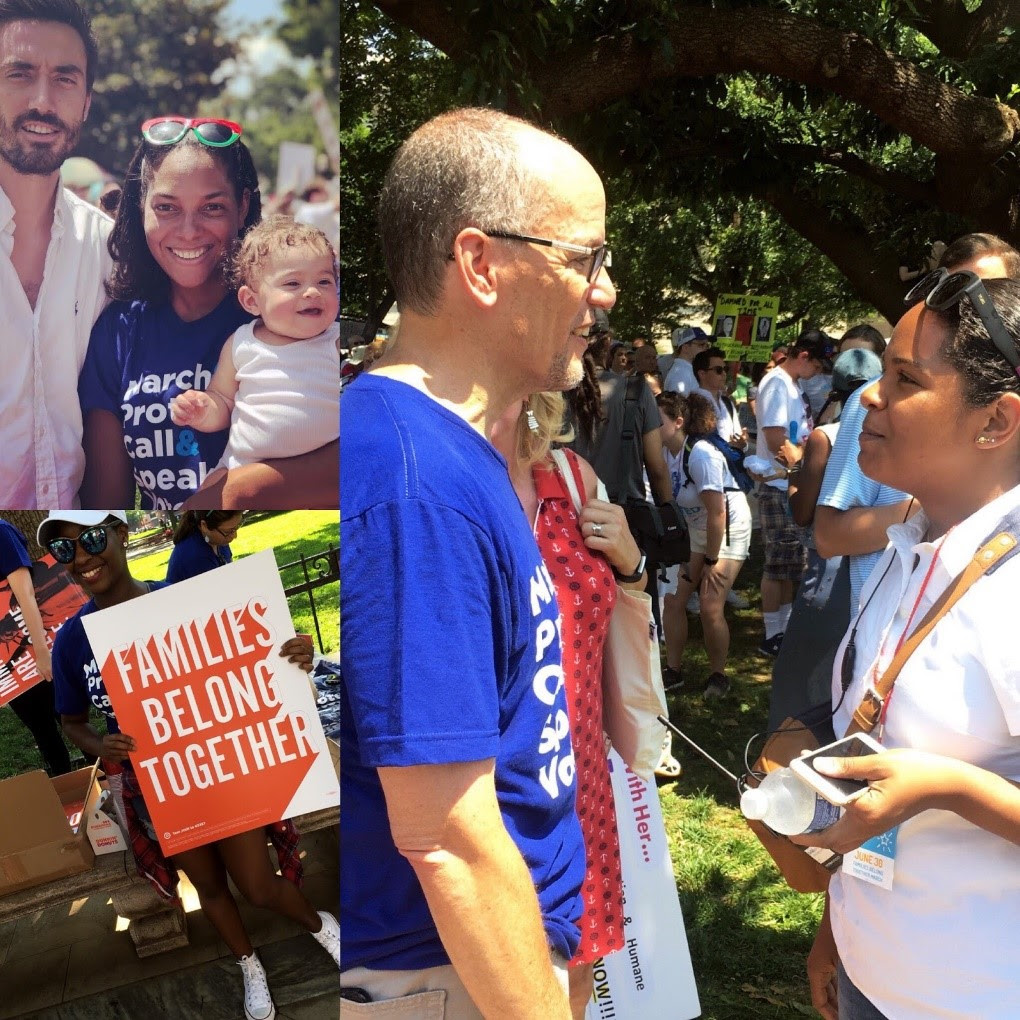 This administration’s inhumane treatment of families separated at the border is unacceptable, and Democrats are fighting every day to reunite children with their parents. After joining protesters in Brownsville earlier last week, I was proud to join our DNC family at the rally outside of the White House. 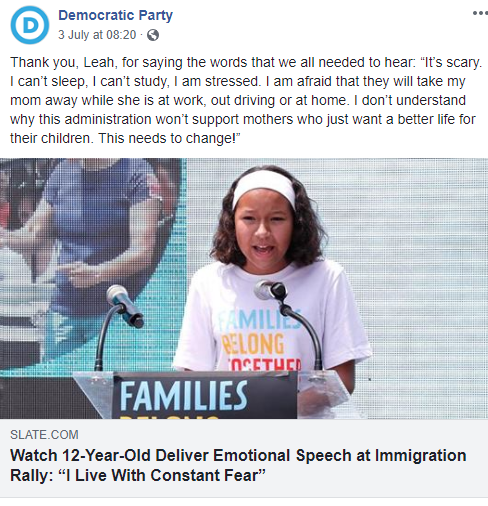 Standing Up for Immigrants in Uniform

While keeping thousands of children separated from their parents, the Trump administration is also going after the brave members of our armed forces. Despite Trump promising a path to citizenship for immigrants serving in uniform, many of these heroes are now being discharged from the military without reason. “It was my dream to serve in the military,” said Army reservist Lucas Calixto. “Since this country has been so good to me, I thought it was the least I could do to give back to my adopted country and serve in the United States military.” People like Lucas deserve better. We must defend those who protect our freedoms each and every day.

Protecting Opportunities for Students of Color

Earlier this week, the Trump administration announced plans to encourage the nation’s school superintendents and college presidents to cease considering race as a factor in their admissions decisions. 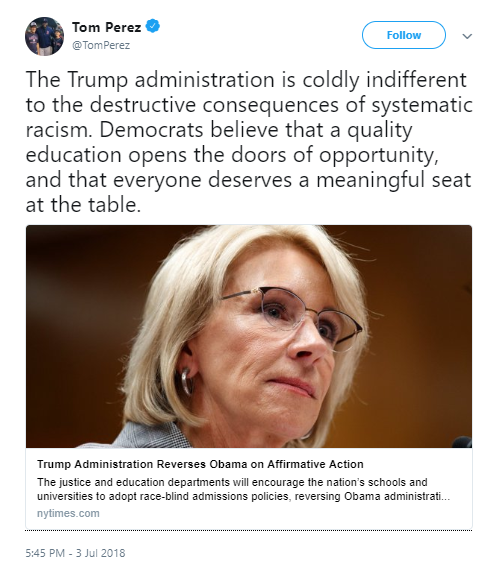 The issue of affirmative action has come before the U.S. Supreme Court before, and it will again. If you believe that everyone should have a fair shot at a good education, organize for Democrats, vote for Democrats, and elect Democrats up and down the ballot in November.

Celebrating Our Independence by Fighting for Our Values

On Wednesday, I joined millions of Americans reflecting on the freedoms so many have fought for and so many continue to defend every day.

Even as we celebrated our nation’s independence this week, we recognize that America’s founding promise remains out of reach for too many families. Too many members of our society are still struggling to find a good-paying job or get the health care they need. Too many women, LGBTQ Americans, people of color, and people with disabilities still face inequality and injustice across our society.

The Democratic Party believes that all people are created equal – no matter who they are, where they come from, who they love, or how they pray. And we will continue to fight for the values of inclusion and opportunity for everyone.