This week we launched a new online hub called I Will Run that streamlines all of the tools a candidate might need in order to run a successful campaign. Through this first-of-its-kind hub, Democratic candidates will have access to a list of best-in-class tools and vendors – digital, finance, research, security, training, and voter outreach – that they will need through the life cycle of a campaign, complete with negotiated pricing.

Check out our launch video on NowThis: 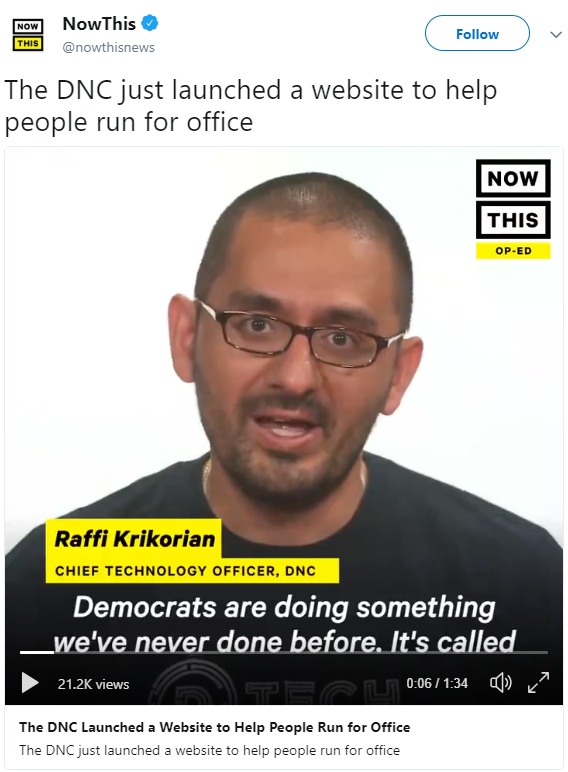 American workers are second to none. As we honor their contributions on International Workers’ Day, we should also celebrate the history of the American labor movement and all those who organized to improve working conditions, expand opportunity, and lift millions of families into the middle class. Our brothers and sisters in labor have fought tirelessly for the 40-hour workweek, overtime pay, the minimum wage, retirement security, better health benefits and safer workplaces. Their victories continue to inspire workers abroad who are striving in their home countries for the same opportunities to prosper and build a brighter future for the next generation. 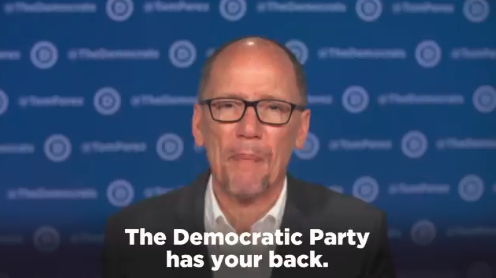 Democrats believe that when workers succeed, America succeeds. And we will continue fighting and organizing alongside American workers to increase wages, improve access to benefits, and grow our economy together.
Democrats Keep Winning
Congratulations to Javier Fernandez on his victory in Florida’s 114th State House District. I want to recognize the work of the Florida Democratic Party and all of the grassroots organizers who made this victory possible. Floridians want their representatives to stand up to the broken leadership of Rick Scott and Republicans in the State House. Javier’s election proves that when we lead with our values, and we organize in every zip code, we win. The DNC is proud to support candidates like Javier across the Sunshine State and the country. 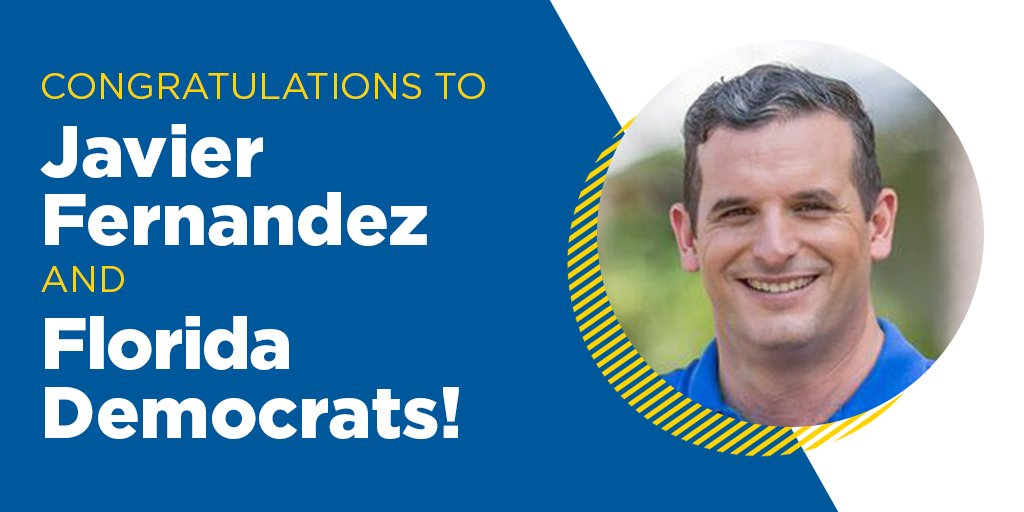 Recognizing Jewish American and AAPI Heritage Months
This month, we celebrate the activists and organizers, spiritual and secular leaders who have animated Jewish values and inspired Jewish communities in our shared pursuit of a more perfect union. Jewish Americans of all backgrounds have made diverse and invaluable contributions to our country – from scientists, public servants, and business leaders to artists, athletes, civil rights activists, and the millions of Jewish Americans who have bravely served in our armed forces.

In Jewish texts, we find a calling to repair the world. And throughout our history, Jewish Americans have carried on the cause of justice and equality for all people. We know that the fight to strengthen and protect communities across America is ongoing. That’s why we must remain vigilant against those who promote, defend, and enable anti-Semitism, racism, and bigotry of any form. Religious freedom is a cornerstone of American life. And we must continue to work together as people of all faiths committed to the freedom of all people.

We also take this month to celebrate the tremendous contributions Asian Americans and Pacific Islanders (AAPI) have made to our country. From starting small businesses to making breakthroughs in the sciences and technologies, serving in our military since the birth of this nation, and excelling in sports, education and the arts – they make an invaluable impact on our country each and every day. AAPI Heritage Month reminds us of the cultures, traditions, and remarkable achievements made by the AAPI community, at times in the face of discrimination and exclusion.

We also honor the deep tradition of public service that runs in the AAPI community. And Democrats have continued to help elect AAPI leaders so that those in elected office better represent the diversity of our country. In the last year, Democrats Kathy Tran and Kelly Fowler became the first Asian American women elected to the Virginia House of Delegates, while Vin Gopal was the first Indian American elected to the New Jersey state Senate and Manka Dhingra’s victory flipped control of the Washington state Senate, giving Democrats full control of the state government.

While we celebrate AAPI Heritage Month, Democrats will continue working every day to protect civil rights and expand opportunities for AAPI communities across the country.

Happy Cinco de Mayo to all those celebrating in the Mexican-American community tomorrow. And to all of the DNC members who are Star Wars fans, May The Fourth Be With You. Have a great weekend, everyone.