An Act of Unprecedented Treachery

Today, the DNC filed a complaint in federal court against the Trump campaign, Russia, and Wikileaks to hold them accountable for their brazen attack on our democracy.

During the 2016 presidential campaign, Russia launched an all-out assault on our democracy, and it found a willing and active partner in Donald Trump’s campaign. This constituted an act of unprecedented treachery: the campaign of a nominee for President of the United States in league with a hostile foreign power to bolster its own chance to win the presidency.

No one is above the law and the perpetrators of this attack must be held accountable. They successfully hacked the Democratic Party in 2016 and they will be back. We must prevent future attacks on our democracy, and that’s exactly what we’re doing today. This is not partisan, it’s patriotic. If the occupant of the Oval Office won’t protect our democracy, Democrats will. It is our obligation to the American people.

You can read the full lawsuit here.

When I spoke to the National Action Network’s Annual Conference last year, shortly after I had been elected DNC Chair, I made a promise that we would do more to include communities of color and voters who felt taken for granted by our party. This week, I was proud to address the conference again to honor the legacy of Dr. King and give them an update on the progress we’ve made at the DNC. 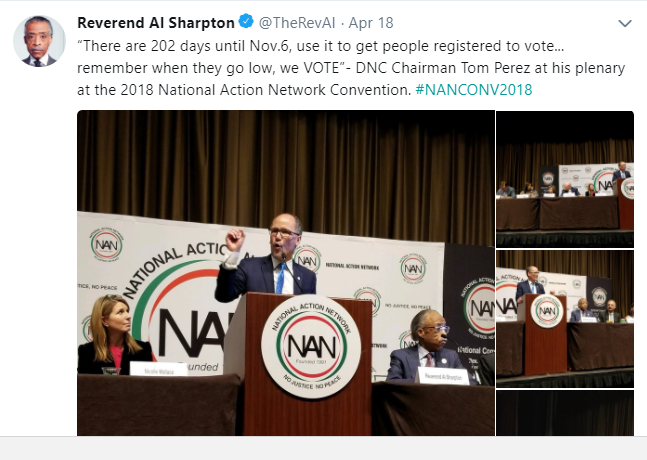 2017 was a good year for our candidates. And if we keep organizing, 2018 is going to be historic. Up and down the ballot, we’re working to ensure that our leadership represents the diversity of our people, and we’re organizing communities of color through our new IWillVote program like never before.

This past Tuesday was Tax Day, and with it came another reminder of the disastrous tax bill signed by Donald Trump. Trump and Republicans promised their bill was written for the middle class, that it would create jobs, spur investment and wage growth, and that it would pay for itself. Those were all lies. 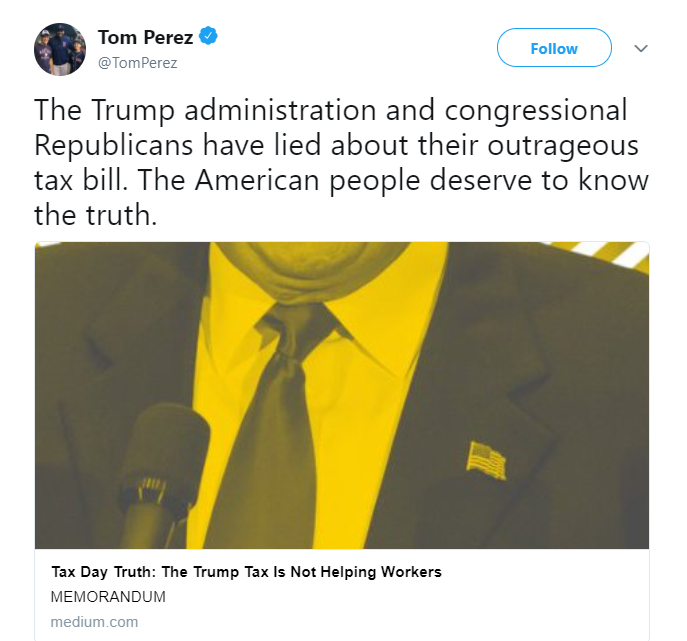 The truth is that the Trump tax scam was designed by Republicans to reward their donors and give massive windfalls to Wall Street, big corporations, and the wealthiest Americans. More than 80% of its benefits by 2027 will go to the top 1%. The worst part? It all comes at the expense of American workers like Jim and Lois. Watch their story here.

We’ve got 200 days until Election Day, which means we have 200 days ’til the weekend. And we can’t let up for a second. That’s why I was so excited for the chance to sit down with a diverse group of social media influencers and young activists to discuss the importance of reaching out to young voters and convincing them to go to the polls this on Election Day. 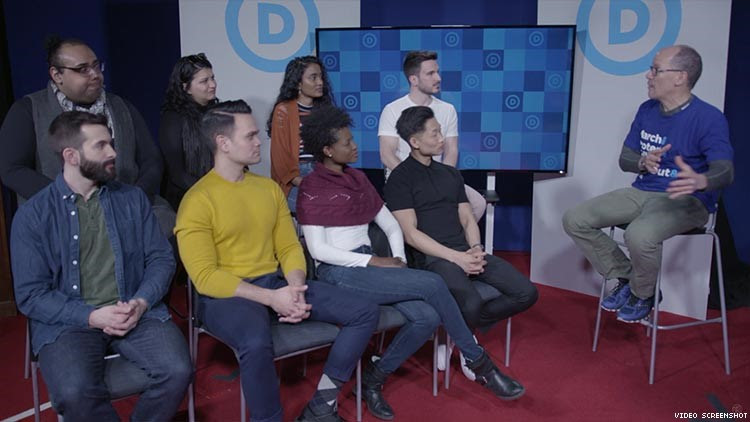 These young Americans give me so much hope for our nation’s future. They are fearless leaders, and they will make their voices heard. You can watch our conversation here.

With the passing of Barbara Bush this week, America has lost a tireless public servant. From championing literacy to promoting awareness and destigmatization of AIDS, the former first lady put the values of inclusion and equality into action, and there’s no doubt that the world is a better place because of her invaluable service.

With grace and compassion, Mrs. Bush brought her sense of humor and steady moral compass to the White House. She never ceased in her work to strengthen our nation.

Our thoughts and prayers are with the entire Bush family as they mourn their loss and celebrate her legacy.