The president of the United States appears to be on the verge of firing Deputy Attorney General Rod Rosenstein, the man overseeing the investigation of him and his campaign. This would be the first step toward firing the special counsel investigating the president.

The gravity of this situation cannot be overstated. It is imperative that Special Counsel Bob Mueller be able to continue his investigation unimpeded, and both Democrats and Republicans should work together to hold the president for any actions he may take to obstruct it. This is not about politics. It’s about the rule of law and the life of our democracy. History will remember where our leaders stood in this moment.

Paul Ryan Is Out, But Our Fight Continues

Speaker Ryan’s retirement this week is an indictment of Republican leadership that has failed to provide meaningful results for the American people. During his tenure, Republicans have voted to gut funding for Medicaid, Medicare, Social Security, student loans, public schools, and SNAP benefits, while trying to take health care away from millions of American families. They opposed measures to close the gender pay gap and viciously attacked a woman’s right to make decisions about her own body. They stifled any and all attempts to enact sensible gun laws. They refused to stand up to Donald Trump’s rampant bigotry, corruption, and dishonesty. And they consistently served Wall Street and wealthy corporations at the expense of their constituents. 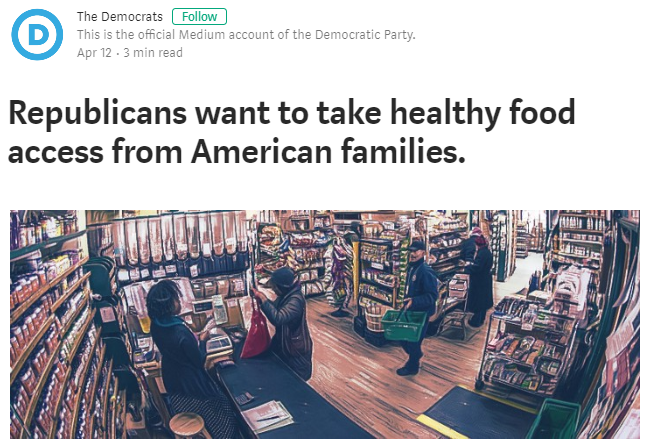 The American people are demanding change, and the disaster of unified Republican control of government has made one thing abundantly clear: Democratic values are American values. Since Donald Trump took office, 46 Republicans have resigned or made retirement plans, and Democrats have flipped another 39 state legislative seats from red to blue across the country. The American people are hungry for Democratic leadership, and the Democratic Party is organizing in every single ZIP code to provide it in 2018. As Paul Ryan heads for the exit, Democrats are fighting to make sure that his Republican colleagues join him in retirement come November.

The Democratic Party was proud to stand with millions of women on Equal Pay Day this week. Our party is a champion of equal pay for equal work. We believe that women’s economic strength is American economic strength, and that’s why closing the gender pay gap is an issue we should all be fighting for.

Working women contribute $7.6 trillion to our GDP each year. In four out of ten American households with children, the mother is either the sole or primary breadwinner. It’s long past time we make sure that women are guaranteed the same pay as men for doing the same work. Women are the core of our party, and we will not rest until all women and all working families receive fair and equal pay, so we can create a stronger America for all.

On Democrats live this week, Deputy Chair Keith Ellison and College Democrats of AmericaPresident Joseline Mata talked about how young people are organizing and taking their voices to the polls. Check out the show here: 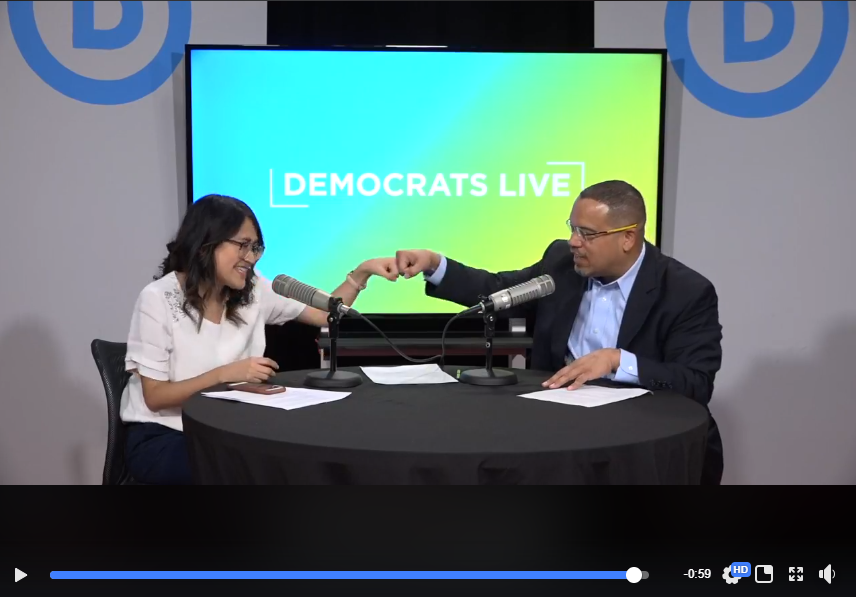 Lastly, yesterday we remembered the six million Jews and the millions of other victims murdered by the Nazis during the Holocaust. We can never let the horrors of the Holocaust fade from our memory. We have a solemn obligation to tell every future generation the stories of the souls who perished, the survivors who endured, and the heroes who fought back against unspeakable evil and risked their lives to save others.

Never again can we remain silent in the face of anti-Semitism. Never again can we be bystanders to bigotry. Democrats will always speak out against discrimination of any form. We will work to confront all those who sow the seeds of darkness and division in our country. We will continue to fight for the dignity and rights of all people. And we will never forget.