Democrats are continuing to notch victories at the ballot box. This week, we flipped two seats in Oklahoma and New Hampshire – both in deep-red districts that Trump carried in November. These victories are just the latest example of how voters have lost faith in the Republican Party and are hungry for Democratic leadership. 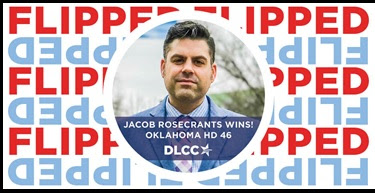 Our candidates have now flipped six state legislature seats since Trump took office, and as long as we continue organizing and mobilizing across the country we’ll be unstoppable. When Democrats lead with our values, we can win in any zip code from the school board to the Oval Office.

As Democrats continue to pick up seats at the ballot box, DNC CEO Jess O’Connell has spent her first 100 days working hard to help us build a lasting party infrastructure. Check out her tweet thread this week explaining the exciting changes we’re undergoing at the New DNC.

On Tuesday, as Kris Kobach convened Trump’s voter suppression commission in New Hampshire, the DNC’s Commission to Protect American Democracy held a press call about Trump and Republicans’ attempts to restrict voting rights and how Democrats are fighting back. 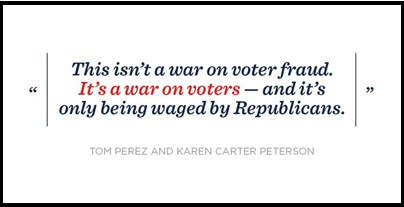 Make no mistake: this isn’t a war on voter fraud, it’s a war on voters. As Democrats, our goal is to engage every eligible American voter as an active participant in our democracy. That’s why we’ve set up a DNC commission to combat Trump’s lies about voting and help expand access to the ballot.

This week also marks the start of Hispanic Heritage Month, a time to celebrate the accomplishments and contributions the Hispanic community has made to this great nation. As the first Latino chair and the son of two immigrants, I was proud to join the Latino Victory Fund to kick off the celebration at the DNC’s FuturoFest. 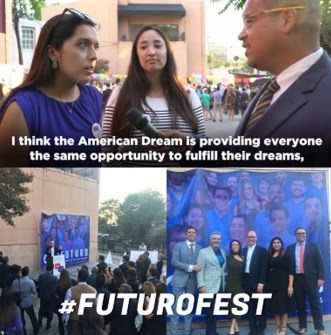 On Wednesday, Democrats Live was packed full of special guests. DNC Deputy Chair Keith Ellison and I hosted Rep. Nanette Barragán, Rep. Pramila Jayapal and Ellie Perez, a DACA recipient, who joined us via Skype. We discussed Trump’s heartless decision to end DACA, what next steps Congress must take to pass the DREAM Act, and how communities across the nation can organize to protect DREAMers. 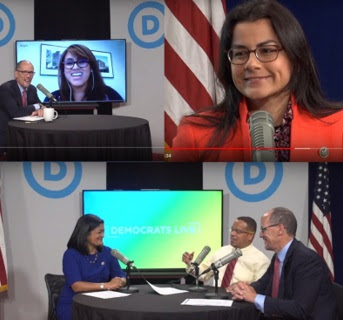 Check out the latest episode at live.democrats.org.

We’ve also spent this week pushing back against the latest effort by Republicans in Congress to take health care away from millions. Like each of their previous attempts, the Graham-Cassidy-Heller-Johnson bill would have devastating impacts on Americans across the country.

Democrats believe health care is a right, not a privilege. That’s why Senate and House Democrats are working together to expand coverage for all Americans. It’s time for Republicans to listen to the people they represent and join Democrats in our efforts to improve our health care system for the American people.

Finally, I want to take a moment to remember a great civil rights hero we lost this week. Edie Windsor was a fearless pioneer for progress. When our laws betrayed the promise of equality enshrined in our Constitution, she stood up. When our lawmakers were too slow to act, she spoke out. And when a generation of LGBTQ Americans hoped for a path forward, she took the fight for marriage equality to our highest court. 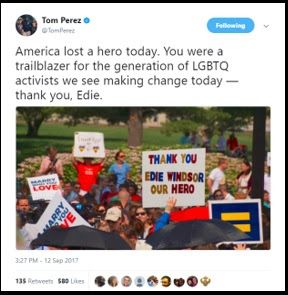 Before the Supreme Court handed down its decision in Windsor v. United States, Edie said, ‘I think justice will prevail. Is that crazy?’ Because of her indomitable spirit, justice did prevail. Love is love. And America is better for it.

It’s up to us to honor Edie’s legacy by picking up where she left off and continue fighting for the full equality LGBTQ Americans deserve.