In times of crisis, leadership matters. And the difference between Democratic and Republican leadership has been on full display recently. We put together a short video contrasting President Obama’s unifying words in the wake of tragedy to President Trump’s divisive response to the recent white supremacist rally in Charlottesville.

Instead of learning from his mistakes, President Trump doubled down on the same rhetoric during a rally in Arizona on Tuesday, throwing salt in the same wounds he tore open last week. Before the rally, I published an op-ed calling out Trump for his divisive attacks and backwards policies. You can read it on Univision’s website in English or Spanish.

In the course of his rambling speech, Trump blamed the media for dividing the country, threatened a government shutdown if taxpayers don’t pay for his border wall, and suggested he might pardon his friend Sheriff Joe Arpaio – the man I sued for his racial profiling of Latinos when I was head of the Justice Department’s Civil Rights Division under President Obama. To make matters worse, it has now been reported that Trump is “seriously considering” ending President Obama’s Deferred Action for Childhood Arrivals (DACA) program. 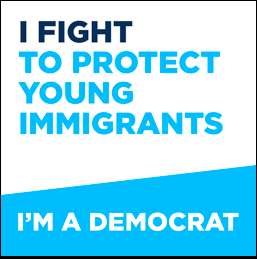 Ending DACA would be a moral disgrace. Nearly 800,000 immigrants have been protected under DACA and America is the only country these DREAMers call home. They don’t deserve to be thrown back in the shadows.

These attacks are all the more reason to Rise and Organize. That’s why Democrats held nearly 200 events across the country to fight back against this administration’s endless assaults on our values.

But despite another week of Trump chaos, we did get some good news in our fight to protect access to the ballot box this week. A federal judge upheld a lower court’s ruling that said a 2011 Texas Voter ID law, one of the most restrictive in the nation, violated the U.S. Voting Rights Act.

The law is nothing more than a thinly-veiled attempt to deny Latinos and African Americans their constitutional rights, and that’s why I sued the state of Texas over it when I worked at the Justice Department. This week’s decision was a major victory for Texas voters and every American who wants to protect the integrity of our democracy.

This weekend, our DNC Unity Reform Commission is meeting for the third time in Chicago. Over the course of the two-day event, Chair Jen O’Malley Dillon and Vice Chair Larry Cohen are moderating discussions on our caucus process in states, the role of unpledged delegates in the presidential nominating process, and the different ways the DNC and state parties can work in unison to strengthen our Party.

We also announced a new addition to our team at the DNC this week. Caitlin Mitchell is joining our senior leadership team as Chief Mobilization Officer. She’ll be building a new Mobilization Department and managing our digital outreach, online fundraising, and marketing campaigns.

Caitlin brings to the DNC nearly a decade of experience managing digital teams, implementing political marketing strategies, and spearheading fundraising campaigns – most recently as Vice President of Digital at EMILY’s List. During her time there, Caitlin directed the organization’s best-ever online fundraising cycle, grew the EMILY’s List community from three to five million people, and developed multiple online campaigns that reached tens of millions. Caitlin has a proven track record of success, and we’re thrilled to have her join our team in this vital role.

Finally, to our fellow Americans in the path of Hurricane Harvey, heed the warnings of officials, look out for your neighbors and stay safe.